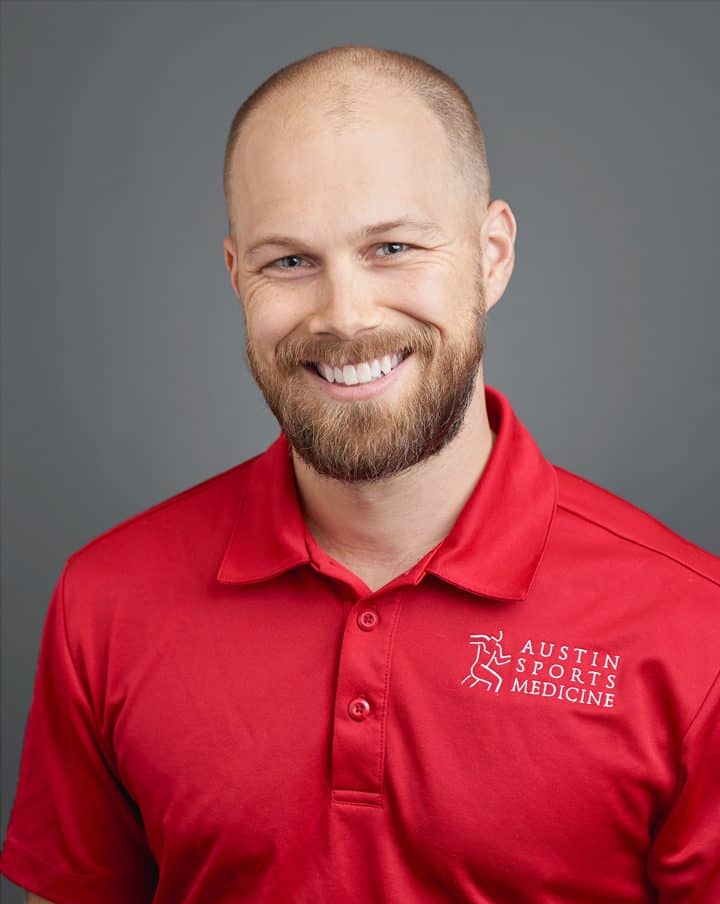 Physical Therapist
Kevin is originally from Arlington, TX. He spent his childhood playing a multitude of sports, but ultimately settled on track and field. While being lucky enough to not sustain a myriad of injuries during his sports career, Kevin did overcome one back injury that completely altered his approach to exercise and fitness still to this day. Kevin thoroughly believes in exercise as prevention to the deleterious effects all athletes can experience throughout the course of their careers, no matter the level of participation.

Kevin received his BS in Exercise Science from The University of Texas-Arlington in 2010, and went on to receive his Doctorate in Physical Therapy from the University of St. Augustine in 2015. While attending this program, he completed advanced manual therapy courses via the Stanley Paris Methodology. While this has been a large cornerstone in the development of Kevin’s professional career, he has continuously performed his own continuing education to learn other approaches to rehabilitative treatments in order to best serve his patients.

Kevin joined the ASM team in July 2020, after he and his wife decided they needed a change of scenery from Dallas, where he had been working as a clinic director for a family-owned clinic in Garland, TX for 3 years. In Kevin’s free time, he enjoys running, hiking with his wife, young daughter and two dogs, as well as rock climbing, gardening, cuisine exploration, traveling when life allows it, and bouncing around ATX.