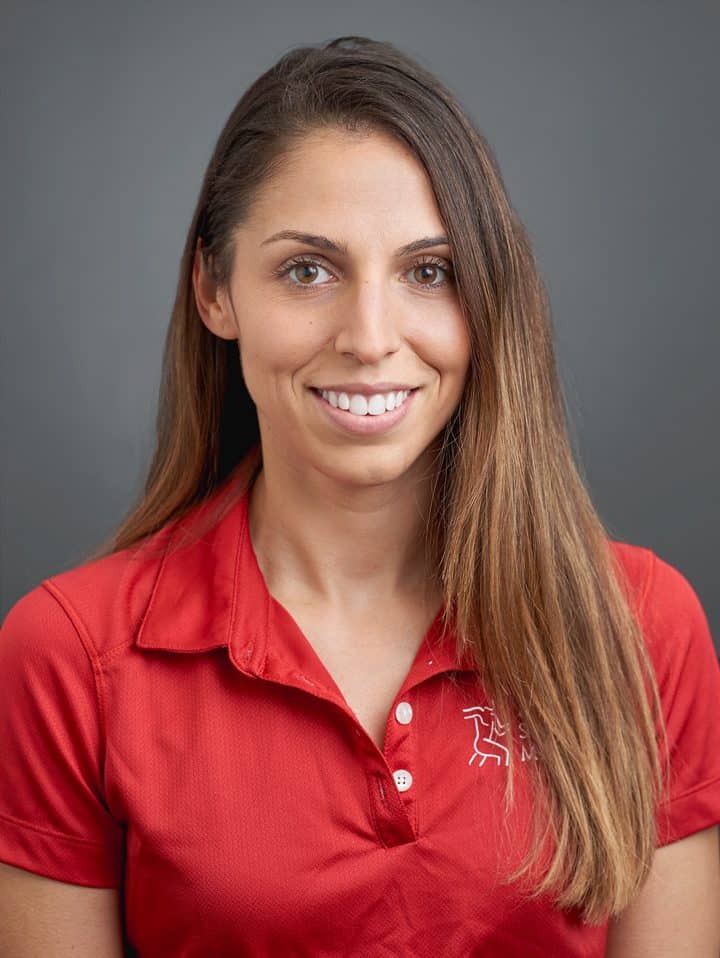 Physical Therapist
Alanna was born and raised in Staten Island, New York and always had a passion to help people, which led her to become a physical therapist. Her desire to perform community service lead her to attended Widener University in Chester, PA, where she was admitted into their accelerated 3+3 Physical Therapy program. She was soon after admitted into their service based leadership program–The Presidential Service Corps, where she built sustainable projects within the underserved community. Her favorite program was coaching soccer for Chester community children. She then earned her Doctorate of Physical Therapy Degree in 2015.

After graduating and becoming a licensed physical therapist, Alanna quickly gained a wide variety of experience. She initiated her career working in the burn ICU at Brook Army Medical Center in San Antonio, and later at the regional burn center in Chester, PA. She then shifted her experience to orthopedics after taking a position with the 87th medical squadron with the US Air Force in Trenton, NJ, where she treated all active duty soldiers. Shortly after, she continued her career working with athletes near Philadelphia. These experiences helped Alanna grow tremendously as clinician, giving her the ability to work with the entire spectrum of athlete and treat a variety of injuries.

Alanna is excited to be a part of the Austin Sports Medicine team, especially that it gave her a great reason to return to a city that she fell in love with at the beginning of her career. She is excited to be in Austin, a city that promotes an active lifestyle. When she is not at work she enjoys hiking, running, paddle boarding, and rowing at Texas Rowing Center, along with dining in the area with her friends.